Handover ceremony of 55 units of Melody’s “Mobile Fetal Monitor iCTG” was held in the Kingdom of Bhutan.

Home > Blog  > Handover ceremony of 55 units of Melody’s “Mobile Fetal Monitor iCTG” was held in the Kingdom of Bhutan. 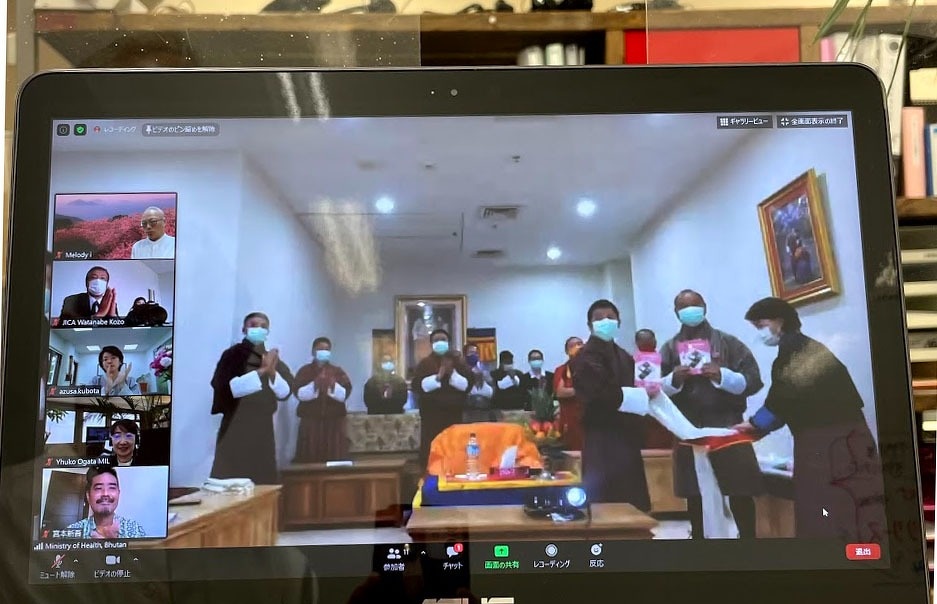 19 Jul Handover ceremony of 55 units of Melody’s “Mobile Fetal Monitor iCTG” was held in the Kingdom of Bhutan.

On June 4, a handover ceremony was held for 55 units of the “Mobile Fetal Monitors iCTG”. At the beginning of the ceremony, the director of JICA’s Bhutan office gave a speech, explaining the history of the mobile fetal monitors to be delivered and the background of their birth.

In Kagawa Prefecture, where the perinatal mortality rate was among the worst in Japan, and where there were many remote islands and areas with poor birth environments, Professor Kazuhiro Hara of Kagawa University’s Seto Inland Regional Research Center, who was appointed when Kagawa Medical University was established, has been working hard to spread the use of fetal monitoring and establish a regional collaboration system.

He talked about the history of Kagawa Prefecture’s perinatal mortality rate, which has led to the lowest in Japan and the best in the world, and his desire to spread this success story to Bhutan. This was followed by a greeting from the UNDP Resident Representative in Bhutan and a greeting from the Embassy of Japan in India, which has jurisdiction over the Bhutan area.

Following this, Mr. Hon’ble, Director General of the Ministry of Health, gave a speech, followed by sutras reading and sange or scattering flowers by a monk for the iCTG, and the handover of the iCTG, support video, and handbook.

This is a project to improve maternal and child health, which was announced as one of the three major national projects by Prime Minister Lote Zelin on June 4, 2020. For one year, the nationwide distribution and operation of the iCTG has been prepared along with COVID-19 measures. Melody International will work with the Bhutanese Ministry of Health, JICA Bhutan, and UNDP Bhutan to build a world-class perinatal referral network that will cover the entire country.