You can use it anywhere, at any time.

Wearable Fetal Monitor iCTG – is a small and smart, wireless fetal monitoring device, able to assist doctor’s tough situations swiftly.
The system comprises of a fetal heart monitor, a uterine contraction monitor, and a tablet. It has a built-in speaker in the transducer, so it can also be used as a fetal doppler. Thus, the process of fetal monitoring can be streamlined.
Wearable Fetal Monitor “iCTG”  is one of a kind instruments in the world with its wireless monitors, internet connection, and tablet display. Maternal and fetal conditions can be checked via the internet even at distant locations.

Fetal Monitor “iCTG” was certified by PMDA in Japan and registered with Thai FDA. US FDA will be obtained by mid of 2022. CE mark and Saudi Arabia FDA are preparing for certification.

Also, we are looking for KOL to work with us on pilot studies using iCTG. Please contact us via the contact page.

While maintaining satisfactory measuring ability, iCTG – Melody i is packed with innovative technologies that are incomparable to conventional devices and beyond the medical field’s standard.

It has high quality and multifunction, packed in a small body. It can use various medical situations.
It enables straight forward usability and versatility like never before.

Transducer’s weight is close to that of common smartphones (166g / 137g). When compared to other conventional devices, iCTG’s volume and mass are less than 1/20. It only consists of two transducers and tablet or smartphone for displaying results, getting rid of burdensome big machines and printers that are carried by a cart.
It is completely wireless, and once a tablet or smartphone is connected to Wi-Fi or 3G/LTE network, an expectant mother can move around freely. Measurement can be done both inside and outside of hospital facilities. During hospital’s busy times, expectant mothers can receive NST exam while they wait, decreasing a stress of waiting for long time, and allowing doctors to better manage and use their time efficiently. Because it is wireless, there is no worry of cable deterioration.

Tiny speaker on a heart-shaped transducer emits heart beat sound, allowing users to seek and find fetal heart location intuitively. Even an untrained person, including the mother herself, can perform this easily. It also makes an excellent educational and training instrument for medical staffs.

Tablet and paperless display – Easy to check and reduces expense

A conventional tablet is used to display CTG graph. It operates on IOS, Android, and Windows devices, and all you have to do is to pair the tablet with transducers via Bluetooth. Measured data can be checked by scrolling a screen, assisting doctors’ quick decision making. Data are securely stored in a server (within a hospital or cloud), providing sense of safety. There are no burden of storing graph papers and managing paper expenses.

Once starting measurement, data is transmitted via internet to doctors’ smartphone, tablet and/or PC in realtime, and can be simply checked on any internet browser. This convenience will allow doctors to utilize their time productively in midst of their demanding schedule.

Even if no one is able to analyze at the place of measurement, it can be analyzed from a distant location. Expectant mothers who had to travel to secondary or tertiary hospital equipped with conventional CTG device to receive NST exam can now receive a same quality exam at primary care hospitals using iCTG and allow specialized doctor at distant hospital to analyze and diagnose the result. Expectant mothers will be free from a burden of having to travel long distance. 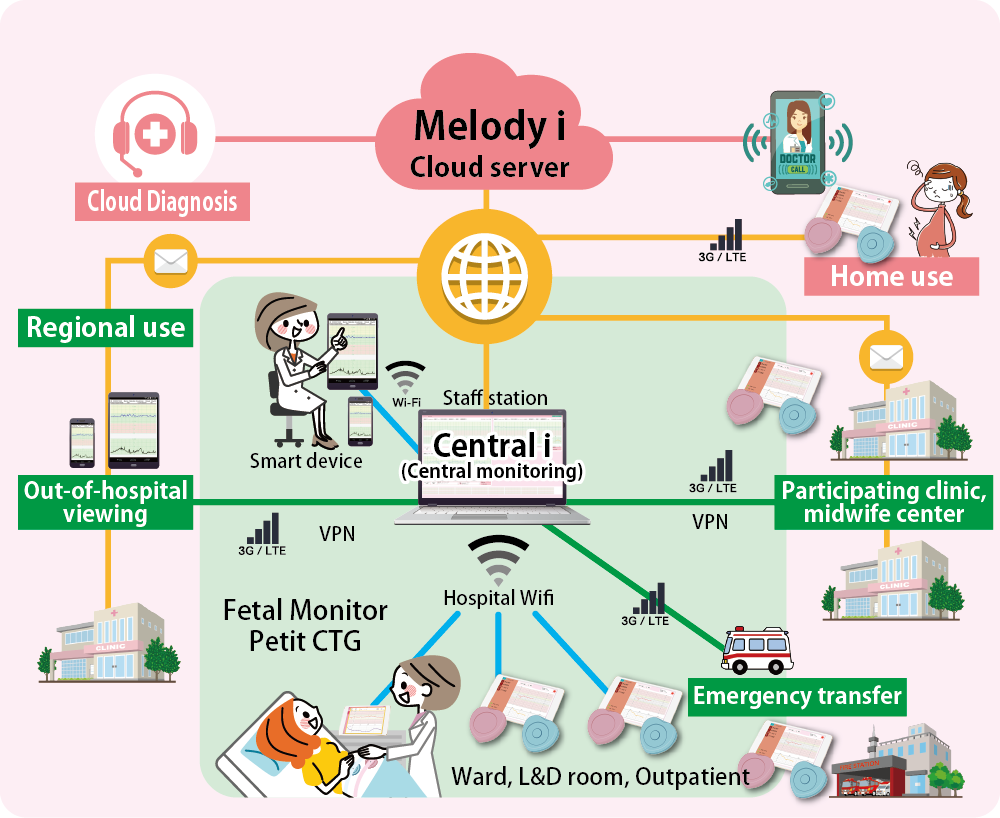 Once the pairing of devices with a tablet is done, measuring can be started. On fetal heart rate monitor, there are only two buttons, which are power and volume button. On uterine contraction monitor, there are also only two buttons, which are power and zero-set button. Volume change and zero-set can be controlled from the tablet as well. Such simplicity allows smooth utilization of a device even for a beginner.
With its water drop proof rating of IPX4 equivalent, transducer can be cleaned with no trouble.

Having passed a strict medical device approval, iCTG is a trustworthy device that is being used in more than hundreds well known hospitals in Japan. It is suitable for frequent and long monitoring of high-risk pregnancy such as late child bearing and premature labor. Expectant mothers with risk factors can be monitored at home by wearing this device, while the doctors analyze the result from elsewhere. By screening closely, a quick intervention will become possible, decreasing a risk for unexpected emergency delivery as a result. Of course, like conventional fetal monitors, it can also be used for monitoring during delivery. It is wireless and washable, and can be easily operated after surgery.

Loading iCTG on the emergency vehicles (i.e. ambulance, helicopter) will enable data to be sent to doctors and to monitor the condition while being transferred. Hearing heartbeat of a fetus will ease the stress of a mother on board, reducing a chance of experiencing a panic attack. Additionally, by receiving data in an advance, accepting hospital can prepare a treatment plan before arrival, increasing a likelihood of saving a life. 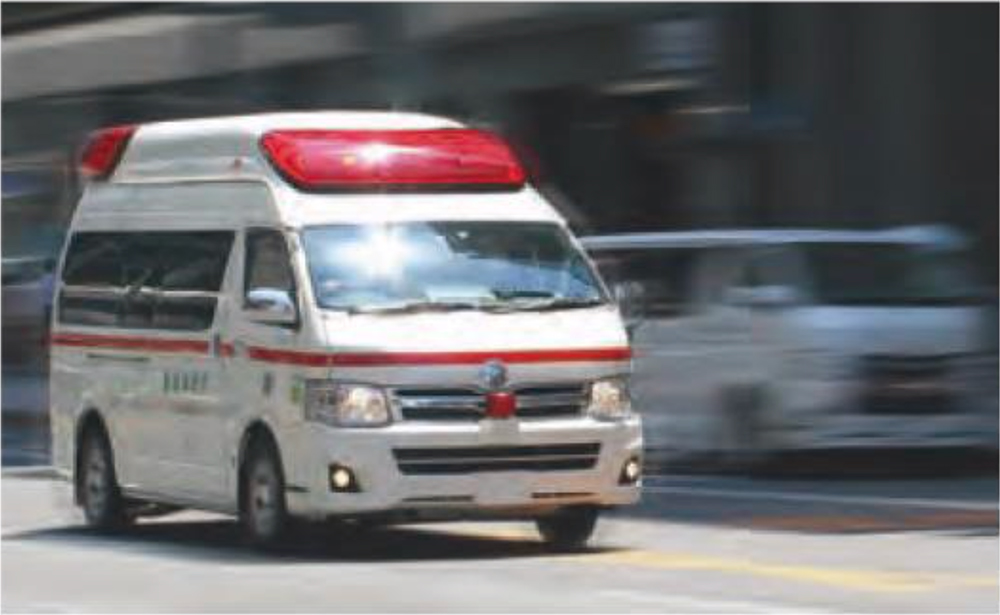 “iCTG” is also used in Chiang Mai, Thailand, and it has been successful. Cooperation between a hospital with specialized doctors and hospitals without such personnel was made possible by introducing iCTG to increase the antenatal checkup rate in order to find mothers with high risk pregnancy earlier and transfer them, contributing to higher chance of survival for expectant mother and fetus.
In reflection to such contribution, Chiang Mai University, who was the main partner in collaborating project, has been awarded a Thailand Best Public Service Award 2017 from the Office of the Public Sector Development Commission. Currently, this project is broadening to cover entire provincial hospitals of Chiang Mai.

In addition, Fetal Monitor iCTG has been introduced throughout the Kingdom of Bhutan with the support of UNDP and the JICA-Japan International Cooperation Agency. It was used during the birth of the second child of Their Majesties Bhutan and was announced by the King to extend its wonderful benefits to all. Currently, an obstetrician and gynecologist at only three referral hospitals in Bhutan is examining pregnant women in 43 regional hospitals without an obstetrician and gynecologist. It is also used at referral hospitals for daily monitoring during labor. 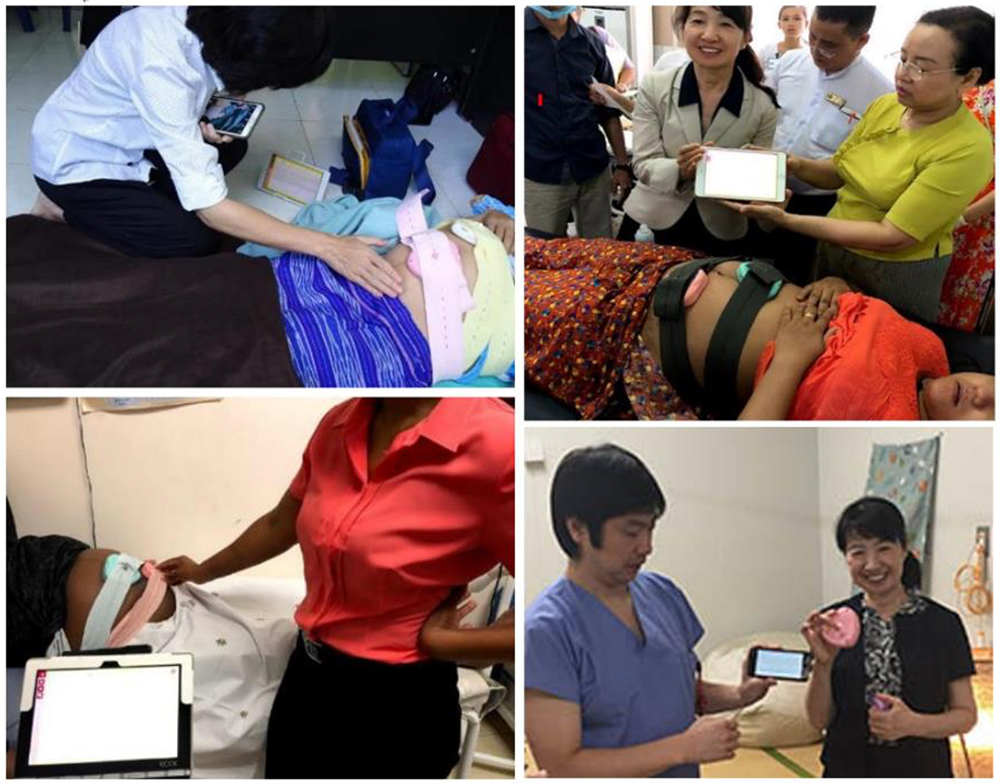 In 1974, our company advisers, Prof. Kazuhiro Hara and Prof. Yasuhito Takeuchi performed a disruptive breakthrough on Doppler based fetal monitoring system with “real time adaptive autocorrelation” method (1). Their innovation became a world-wide de-fact standard method in this field (2), implemented in virtually all the clinical fetal monitor in the world now.

Prof. Hara’s paper “History of Fetal Monitoring and Efforts to Make it Mobile” is now available.

Melody International Ltd. developed iCTG, which is a smallest fetal monitor in the world that uses a principle of “a real time autocorrelation”. Despite its size, iCTG has exact same functions as conventional machines. It has been approved by PMDA – Pharmaceuticals and Medical Devices Agency of Japan (Approval Number 230AFBZX00024000). Up until now, such devices were available only inside the hospital, but iCTG’s portability allows it to be used at any location.
It is also designed in a manner that even non-medical personnel can use it easily.

(2)PARTICIPANTS, INVITED. FIG0 News. GUIDELINES FOR THE USE OF FETAL MONITORING Based upon the Workshop held in Zurich, Switzerland, March 28-29, 1985